Get in touch for a free lesson!

Michael van Dijk (NL, 1999) started playing guitar at the age of nine. He took lessons from Mien de Rover in his first years of playing and was part of a mandolin-orchestra. While in his fourth year of secondary school, at the age of 16, he was admitted to the Young Musicians program at the conservatory of Tilburg, where he graduated for his Bachelor of Music in 2020 under supervision of Johan Fostier and Aart Strootman. As a contractstudent Michael was also connected to the conservatory of Utrecht. Michael van Dijk is active as a classical and electric guitarist, music teacher and music journalist.

He participated several times in the Prinses Christina Concours, which did not go unnoticed. He made it to the finals in de Doelen Rotterdam (3rd prize), and won several encouragement prizes; amongst them is the “Gaudeamus Muziekweekprijs” for a unique interpretation of a modern piece.

The young musician is a member of one fixed ensemble, named EKLEKT. EKLEKT explores the narrative, expressive and sonic possibilities that the combination of flute and guitar have to offer.

All other projects can be seen at the page ’agenda’ , or on my Facebook page. 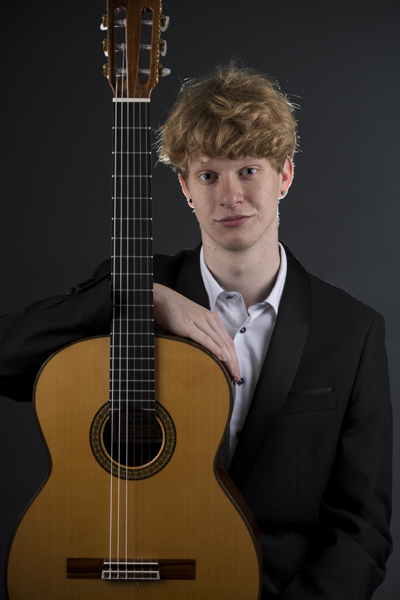 Want to know where you can see me playing?

Read about a guitarist's adventures...